Marijuana, weed, herb, pot, grass, bud, ganja, Mary Jane. No matter the name, what we travel therapists want to know is- can we use it? You might have taken an assignment in Alaska and you are traveling from Texas. One state sells marijuana legally and another could put you behind bars. In Texas, possession of even a tiny amount of marijuana can land you in jail. Even having less than 2 ounces could be up to 180 days in jail and a fine of $2,000. And penalties for possessing hash oil can be charged as a felony. Oh, Texas.

So, travel therapists, if you are traveling to Alaska for your 13-week assignment from Texas, can you use marijuana? Are there consequences for a travel therapist using cannabis, even if it’s prescribed or legal in the state?

Travel therapists who use cannabis

So let’s say we are traveling from our assignment in Colorado where cannabis use is legal, to a state like Mississippi where it is illegal to use cannabis. Well, for each new assignment we get drug-screened. When we test positive for this drug, even if we used it totally legally a week ago, there is a high likelihood of not getting the assignment.

And even if you are a working travel therapist in a state where all use is legal, a facility or hospital can choose to enforce their own rules for employees regardless of state and federal laws. So just because you are located there does not mean it’s free of consequence if found in your drug screen.

Look at the website for your state’s regulatory agency or department of health. Typically this is the same website you use to apply for a license. It can be a great resource for the latest regulations as they progress. A trend of the future that is slowly getting adopted might eliminate unnecessary drug screens and job losses. It’s called “no impairment, no discipline.” This guideline would mean consequences are only there for those who show up for work or work while impaired. This helps to reiterate that pre-employment use is not evidence of being a regular use or evidence you were ever impaired at work. It would also keep any of your peers, superiors, or colleagues with biases from requesting drug screens on staff unnecessarily on employees who are not impaired, just because they know they use cannabis.

If a travel therapist tests positive in a drug screen…

If a travel therapist’s test comes back positive, the best outcome is no action. But worst-case scenario, you are suspended or there are attempts to revoke your license. And not just the license you carry in the state you are working but all licenses you have. You would need a hearing to go to the board or appeal the notion…that can take up to two years! Just for a hearing and a decision on if you can keep practicing. This would just be bad luck. You are caught in the wrong place, wrong time. But yes, this could happen even if you were never impaired at work or if you used cannabis over a week ago. Consequences can get real if things go up the chain.

Cheers to hopefully more open-mindedness, consistency of rules, and progress in the future! 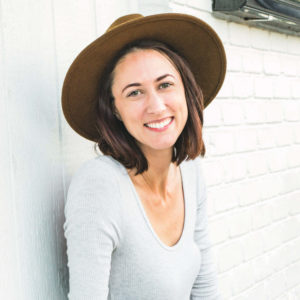 Do all travel therapy staffing agencies have the same jobs?